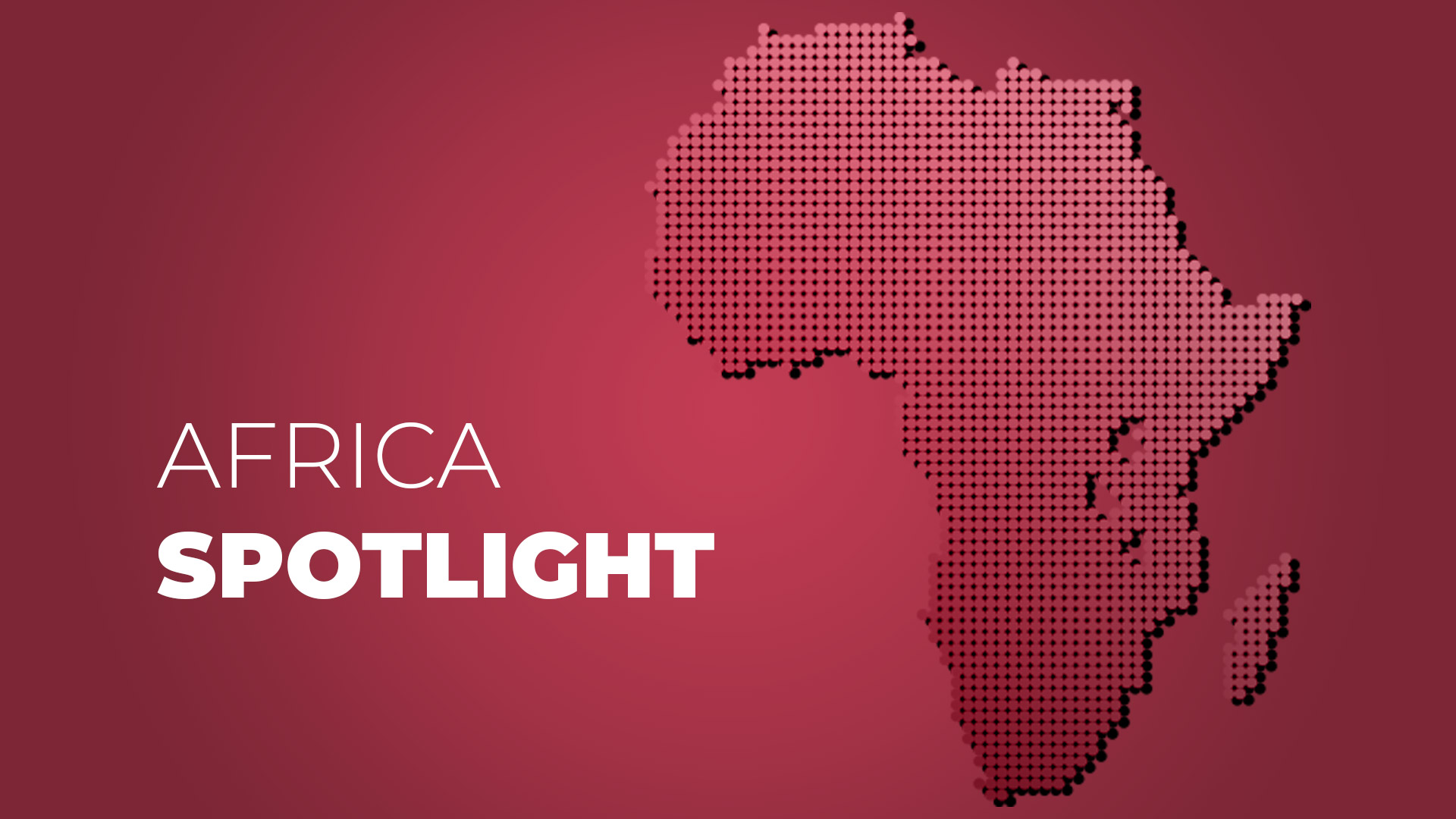 Africa at a Glance

Africa has made significant strides on improving its business landscape, an indication of the continent’s steady growth and macroeconomic stability. Africa’s GDP growth is expected to accelerate to 4.1 percent in 2020 which according to AfDB is expected to be higher than that of other emerging and developing countries. West African countries are among the strongest drivers of growth within the continent in terms of GDP while North Africa leads as an FDI destination.

According to the World Bank’s Doing Business 2020 report, economies in Sub-Saharan Africa continued to improve their business climate, with the region’s largest economy, Nigeria, earning a place among the year’s top global improvers, while Mauritius and Rwanda are ranked among the top African performing economies. The top five African countries for investment according to Rand Merchant Bank Investment Attractiveness Index are Egypt, South Africa, Morocco, Ethiopia and Kenya. Egypt continues to be the largest economy in terms of GDP, Morocco has maintained a good operating environment and investment appeal while Ethiopia continues to be the fastest growing economy averaging 8.2 percent for the next six years.

A number of key issues underlie the discourse around economic development on the continent, including the significance of the Continental Free Trade Area Agreement (AfCFTA) which is expected to redefine the dynamics of cross-border trade and enhance competitiveness at the industry and enterprise level.

Click here to get a snapshot of Africa’s business climate in facts and figures. 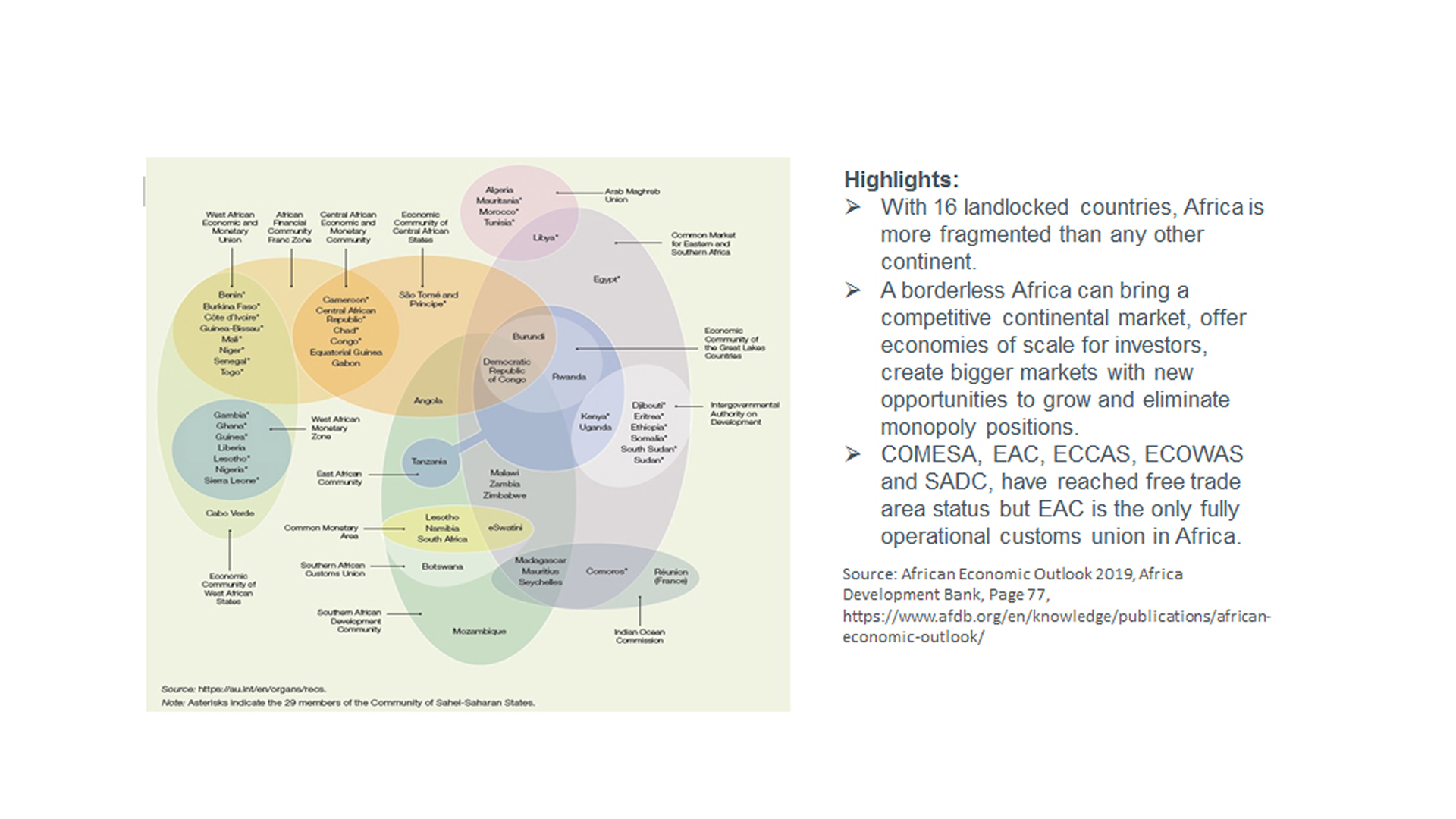 Highlights: With 16 landlocked countries, Africa is more fragmented than any other continent. A ... 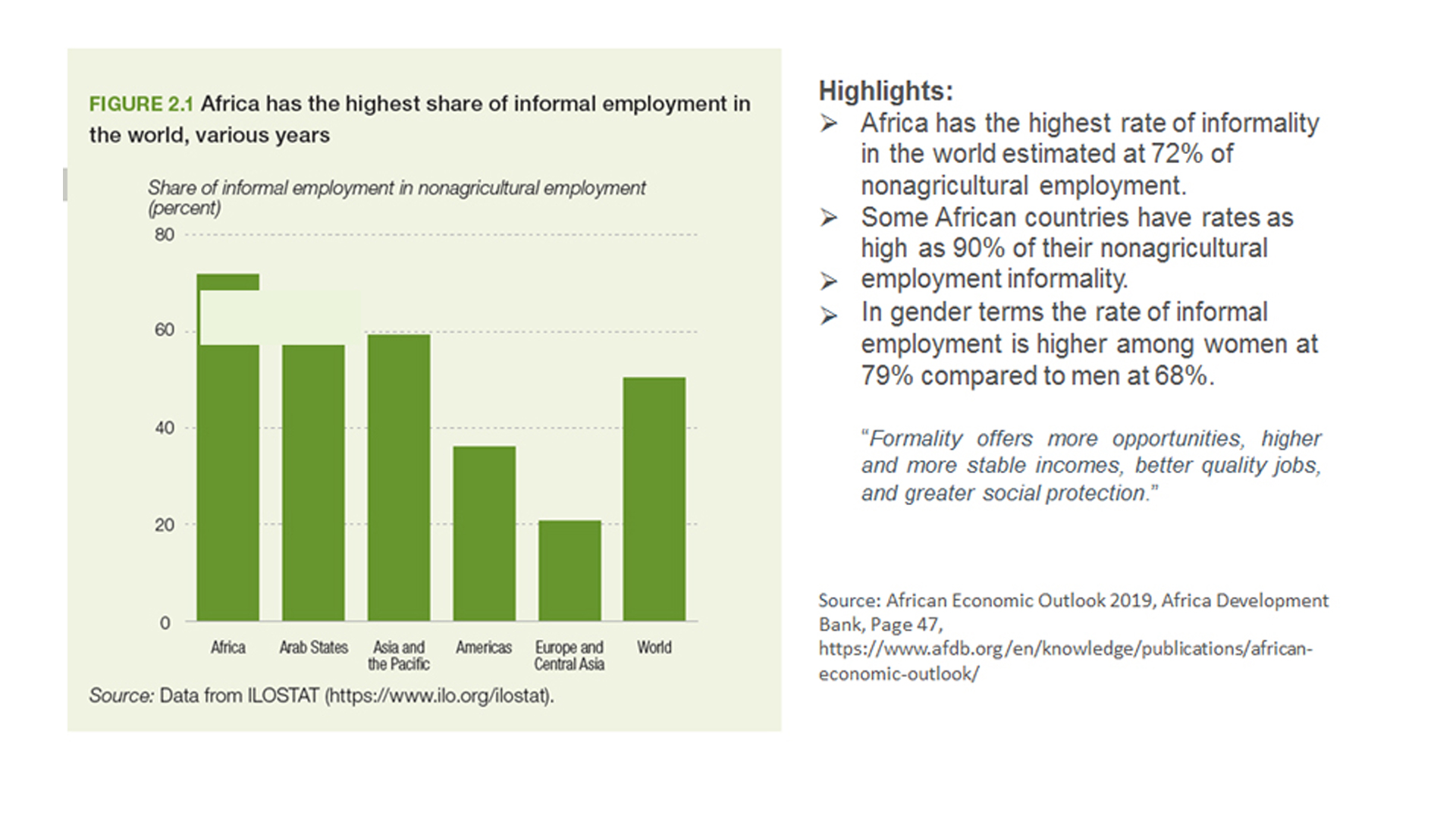 Highlights: Africa has the highest rate of informality in the world estimated at 72% of ... 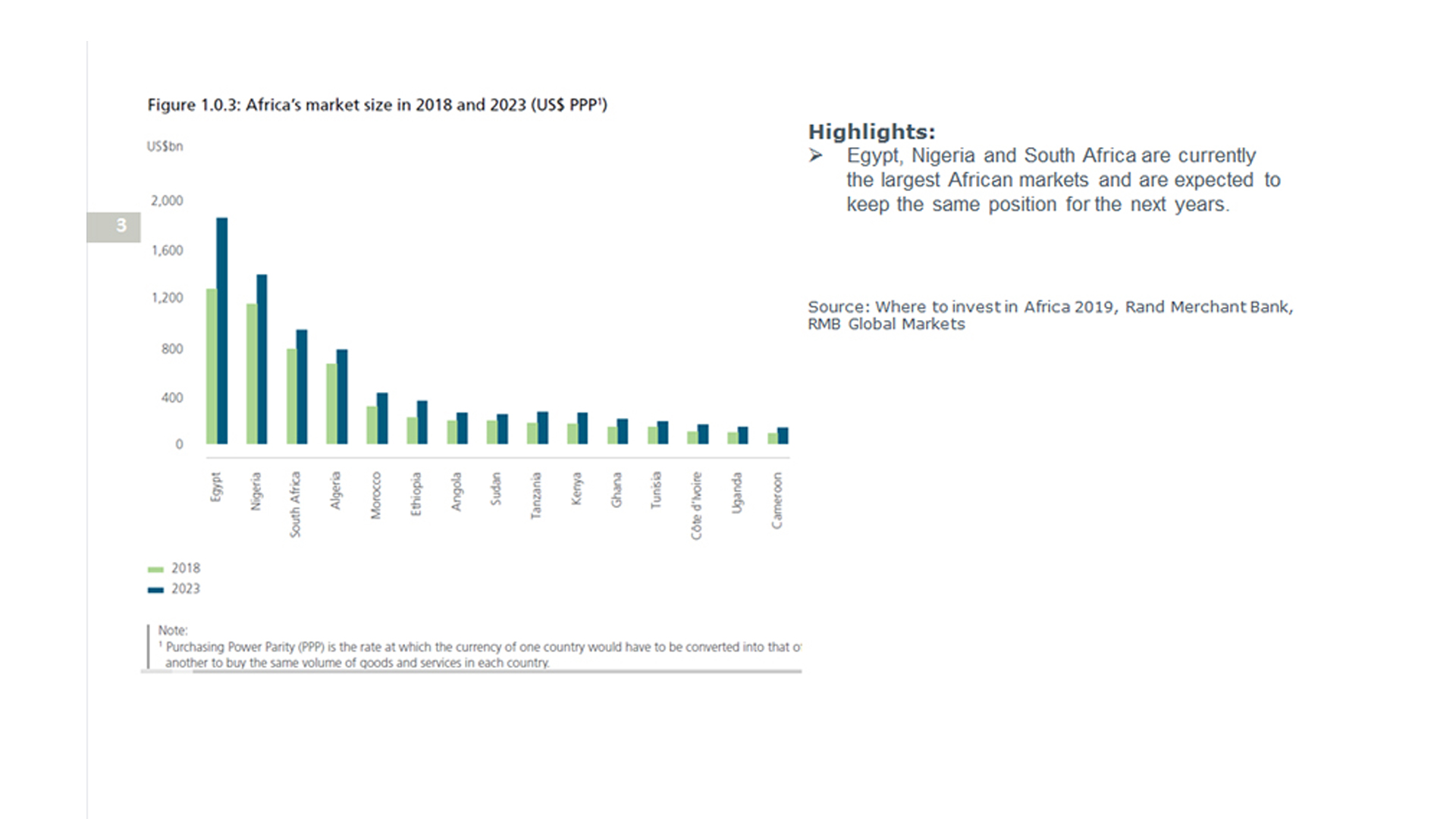 Highlights: Egypt, Nigeria and South Africa are currently the largest African markets and are ...