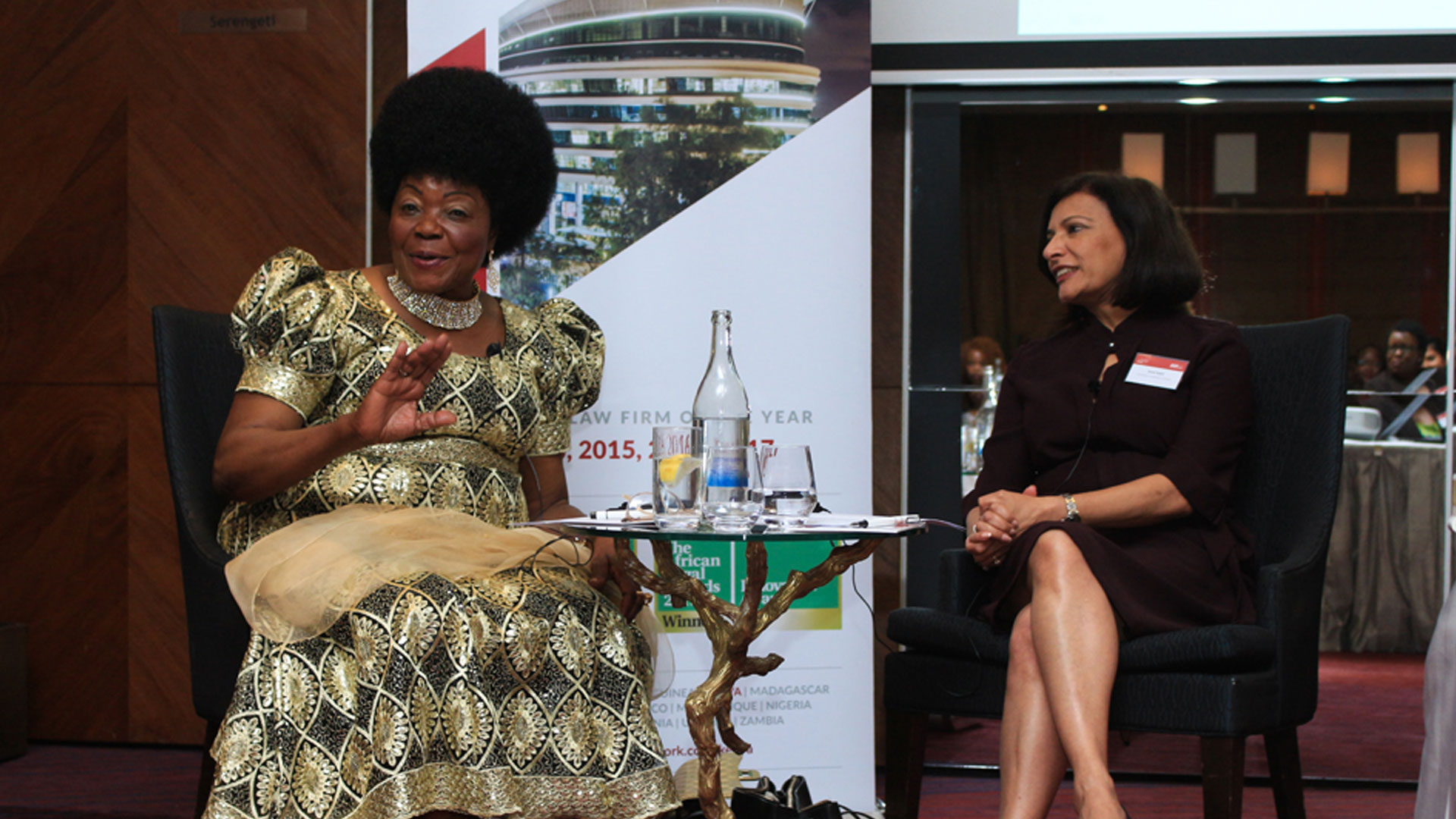 The second edition of the Leading Women Series hosted Hon. Lady Justice Joyce Aluoch (Rtd), immediate past First Vice-President of the International Criminal Court at The Hague. Joyce shared her professional and personal journey and inspired the audience with her views on the importance of women as leaders, how they can create a positive impact in their workplaces and communities, and on how they can help others in their career advancement as mentors. She was joined by more than 70 leading women from Kenya.

The Leading Women Series is a platform for leading women to gather and share unique insights relevant to their experience, including their views and ideas on issues affecting women empowerment and gender equality.

The Honourable Lady Justice Joyce Aluoch (Rtd) is the immediate past First Vice-President, of the International Criminal Court, at The Hague, The Netherlands. Prior to that, she was a Judge of Appeal in Kenya, and has extensive experience in training judges and magistrates in the provision of regional and international human rights instruments.

She holds an LLB Degree from the University of Nairobi, a Diploma from the Kenya School of Law, and a Master’s Degree in International Relations (GMAP) from The Fletcher School of Law and Diplomacy, Tufts University, USA, which granted her the Distinguished Achievement Award in April, 2015. Again on 7 September 2018, Tufts University honoured her with the top award known as the Class of 1947 Fletcher Award, for outstanding achievement and promoting the ideals of the Fletcher School.

She has in the past few years successfully moved her profession to other dispute resolution mechanisms, namely Arbitration and Mediation. She is a member of the London and Kenyan branches of the Chartered Institute of Arbitrators, the International Council of Commercial Arbitration (ICCA), and Arbitral Women International.

Lady Justice Aluoch is a wife, mother, mother-in-law and grandmother.