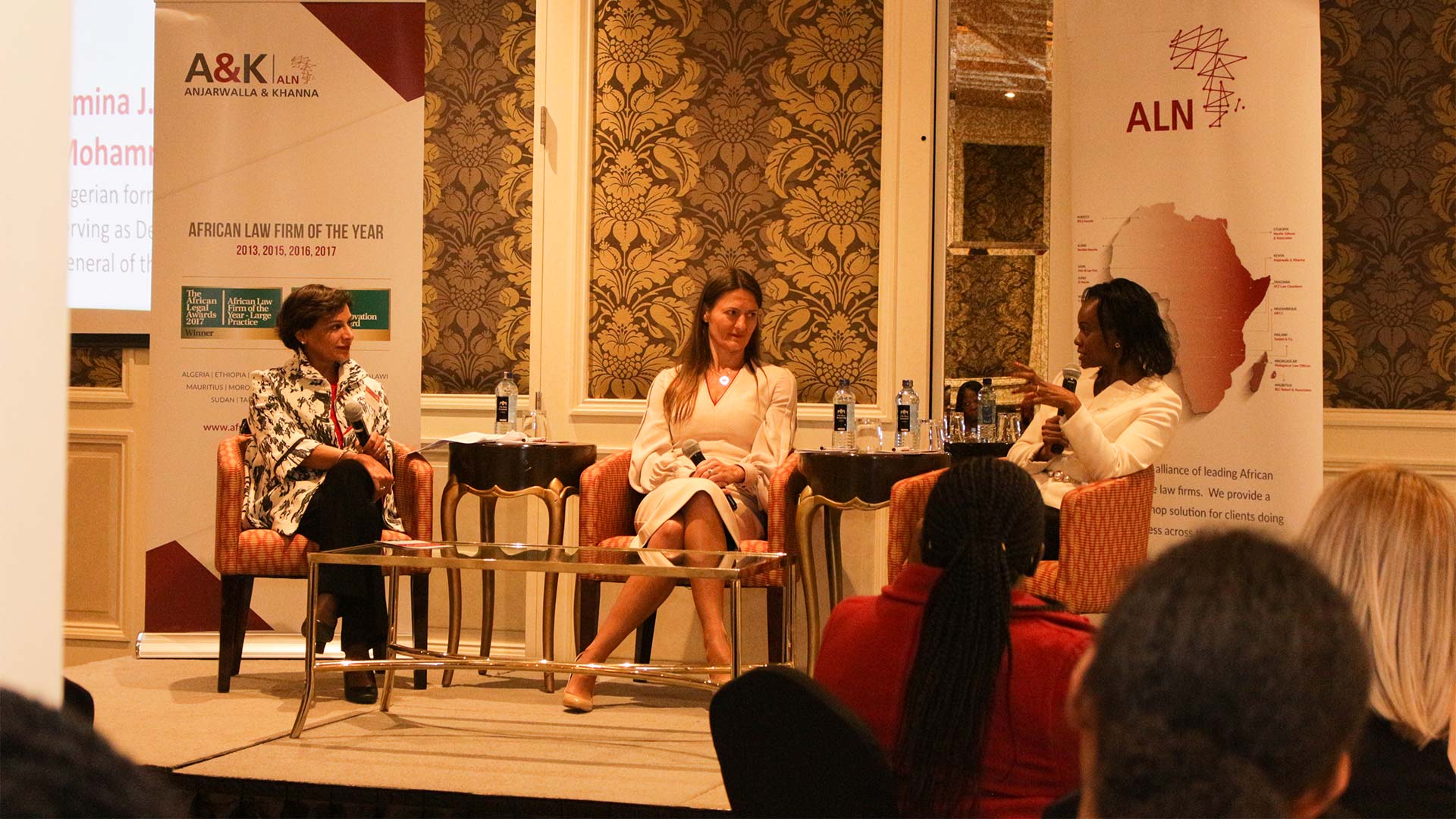 The fifth edition of the Leading Women Series blended insights from two guest speakers, Lisa Francis, CEO of Barclays Private Bank, UK and Ireland and Carole Kariuki, CEO of KEPSA, each leaders in their fields. The event was held on 20 June, 2019 at the Villa Rosa Kempinski Hotel in Nairobi followed by an exclusive cocktail at the hotel’s Presidential Suite.

Through thought-provoking discussions, the two speakers inspired the audience highlighting the joys, challenges and similarities that leading women face in dynamic business environments; Lisa, with over 25 years of banking experience in leading positions across different regions in the UK and currently mandated to strengthen the Barclays franchise, and Carole who has been well recognised for her exemplary leadership and role that she plays in the development of the private sector in Africa.

The speakers highlighted the importance of women to sieze opportunities in which they can assume big positions. Both women had similar journeys, they started off their careers when they were young in a time where not too many young people engaged in the public and private sector contrary to how it is today and in a time when women were not necessarily a majority.
It is definitely hard for women to survive in a world of men and women feel that they have to work harder. At the event it was mentioned that one of the biggest challenge of women is to balance the egos which are normally male dominated. Sometimes women need to change politically the dynamics of decision making even if they have to make men part of their decisions to actually achieve their goals. In these situations the female charisma plays an important role.

Women on boards was another issue that was discussed. Boards are mainly men dominated but this is however changing and we are starting to see the impact of women in board positions. Some women might have had a tough time at board meetings as they had trouble getting heard, it could happen that men are louder and the women’s comments could be dismissed. The speakers mentioned that women might be selling themselves short as they are perfectionist and shy in celebrating their achievements. These were some of the key highlights discussed during the session.

Lisa Francis is the Head of Barclays Private Bank UK and Ireland. She is responsible for developing and executing the bank’s growth agenda in London, Ireland and regions across the UK. Lisa has a strong focus on strengthening the existing franchise and in exploring more strategic opportunities for Barclays’ performance and delivery to clients.

With over 25 years of banking experience, Lisa has a track record of growing businesses and is a successful leader with strong client relationships with UK, European and global corporates. Prior to her current role, Lisa was the Head of European Corporate Foreign Exchange Sales Distribution in the Investment Bank, covering corporate, private equity and fintech clients across Europe and the UK.

Before joining Barclays, Lisa spent 12 years at RBS where she served as the Head of European Foreign Exchange Sales and the Global Head of Event-driven Forex Business. She started her career at UK Bank NatWest, within the Corporate & Investment Banking division, and has held positions in sales and risk with coverage across the UK and US.

Ms. Kariuki is the CEO of Kenya Private Sector Alliance (KEPSA). She has been credited for transforming the KEPSA from a little known business institution to one of the most influential institutions for the economic and development agenda of Kenya and Africa.

Ms. Kariuki has a wealth of experience in leadership having worked for Barclays Bank of Kenya and the Nairobi Chapel and Sagamore Institute for Public Policy Research in Indianapolis (Indiana), where she acted as a liaison between the KEPSA and the institute.

Ms. Kariuki holds a Bachelor of Arts Degree in Economics and Sociology from the University of Nairobi and a Masters Degree in Public Administration and International Affairs from Bowling Green State University, Ohio, USA. She has also pursued several professional courses on Public-Private Sector Dialogue, Global Leadership and Private Sector Development among others. She currently serves on a number of boards and has several recognitions for her leadership and role in the development of the private sector.